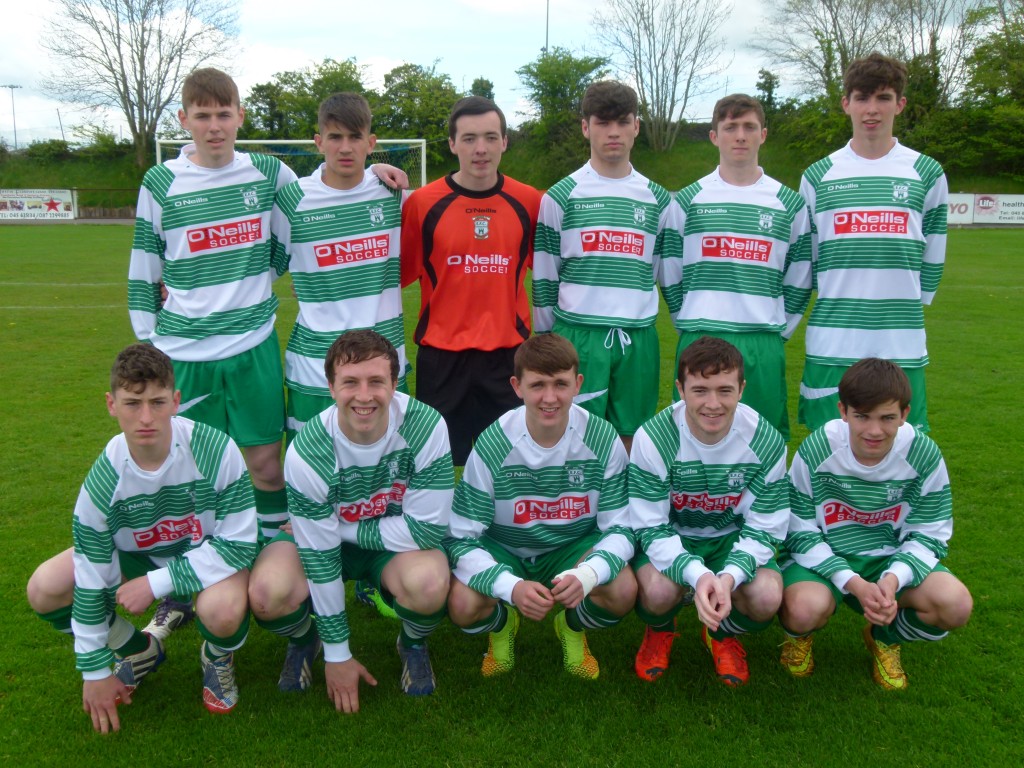 From the kick-off it was apparent that this Stella Maris side were rightly classified as favourites. They play a superb brand of passing and clever interplay that really had the Evergreen lads on the back foot right from the kick-off. A very quick first goal, scored in the 8th minute, followed rapidly with goals in minutes 12, 15, 26, 30, 37 and 43 meant that the game was effectivly over at half time.

The start of the second half began with the Evergreen supporters really hoping that the break would have given the young ‘Greens a chance to re-group and that is exactly what they did. They came out with a determination to reduce the arrears and regain a bit of pride. Goals in the 55th, 80th and 88th minutes by Ben Hickey, Gaby Lapuste and Dylan Jordan refelected a half of greater desire and work-rate which put a more respectable look on the score-line.

Stella Maris though were worthy winners of the Trophy and showed a very sporting attitude given the disasterous first half from Evergreen. Great credit to our lads for their never-say-die attitude in the second half which yielded three goals. This was certainly a character buidling experience for the lads. Special mention for the excellent facilities at Newbdrige and the very professional handling of the game by the officials.